ONE of the best seasons in the history of the British Milers Club – that’s the verdict of chairman Tim Brennan on the summer of 2021.

And you don’t have to just rely on Brennan’s candid, subjective opinion of the season to come to the same conclusion.

“The numbers say it is the best season we have had for a long time, one of our best ever, so no, I haven’t cheated at all with my comment!” said Brennan.

“What differentiates the BMC from other organisations is that we can tell everyone how the season went in an objective way with hard statistics.

“We use the same measure every season looking at the best time for every distance, the average time, the 10th fastest tine and the best British time.

“It is a powerful tool for us. Numbers don’t lie.”

Putting together a programme in the post-pandemic world was certainly a challenge for the BMC but one they rose to embrace – and how the runners responded.

“I’m pleased to say that all the events that the BMC hosted ourselves went ahead as planned,” added Brennan.

“The five Saucony Grand Prix events increased their numbers and the standard was better this year; runners were really hungry to race again.

“The stats also show there was greater consistency this summer. In 2019, for example, Watford was a lot better than the others but this year all five Grand Prixs have done well.

“Early season runners were chasing qualifying times for the Olympics, European U23s and U20s, then we had the George Gandy celebration which lifted Loughborough and then the final of the new Grand Prix points series saw a much better entry than usual for the final meeting at Eltham.

“A lot more runners turned up for that to try and win the money – and why not?!”

The bold initiative to launch the points series proved to be a huge success with Ellie Baker and Tom Randolph picking up cheques for £1,000 for their consistent results in three of the Grand Prix events with there were also cash prizes for second and third in a total package of over £3,000.

For both winners it was the biggest pay day of their running careers and they are urging the BMC to stick with the exciting innovation in 2022.

“It was like wow, I was so pleased to win the women’s points series,” said Baker.

“The BMC are really giving athletes great incentives to churn out good performances and the cash bonuses are brilliant.”

Randolph was equally delighted as he collected the first cheque of h is running career.

“I have never made any money from the sport before and while I run because I enjoy it the financial reward adds a nice bonus,” said Randolph.

“I’m sure next year more people will know about it and there will be more top guys competing for the prizes. It was great and thanks to the BMC for putting it on.”

And it is also worth noting the comments from Olympian Elliot Giles, who post-Tokyo turned up at Eltham for his first GP of the summer and won the 1500m.

“I’m sure the likes of myself and others would do more of the Grand Prix events as we are trying to earn a living from the sport,” said Giles,

“I would definitely race them more.”

Well, the good news for Giles and colleagues is the BMC are seriously looking at repeating the points series again in 2022.

“We will certainly do something like that again next summer,” vowed Brennan.

“Our Grand Prixs are certainly good enough to support a continental permit status but iwewant to make sure it does not re-direct our efforts away from the main goal of putting on good races with good pacemakers,” explained Brennan.

“The 2021 season was hugely successful and the standards speak for themselves. Our goal for 2022 will be to build upon that and concentrate on providing even better races and better pacemaking.

“The BMC is there for the athletes and that’s why they come to our meetings. That is something we will never change.” 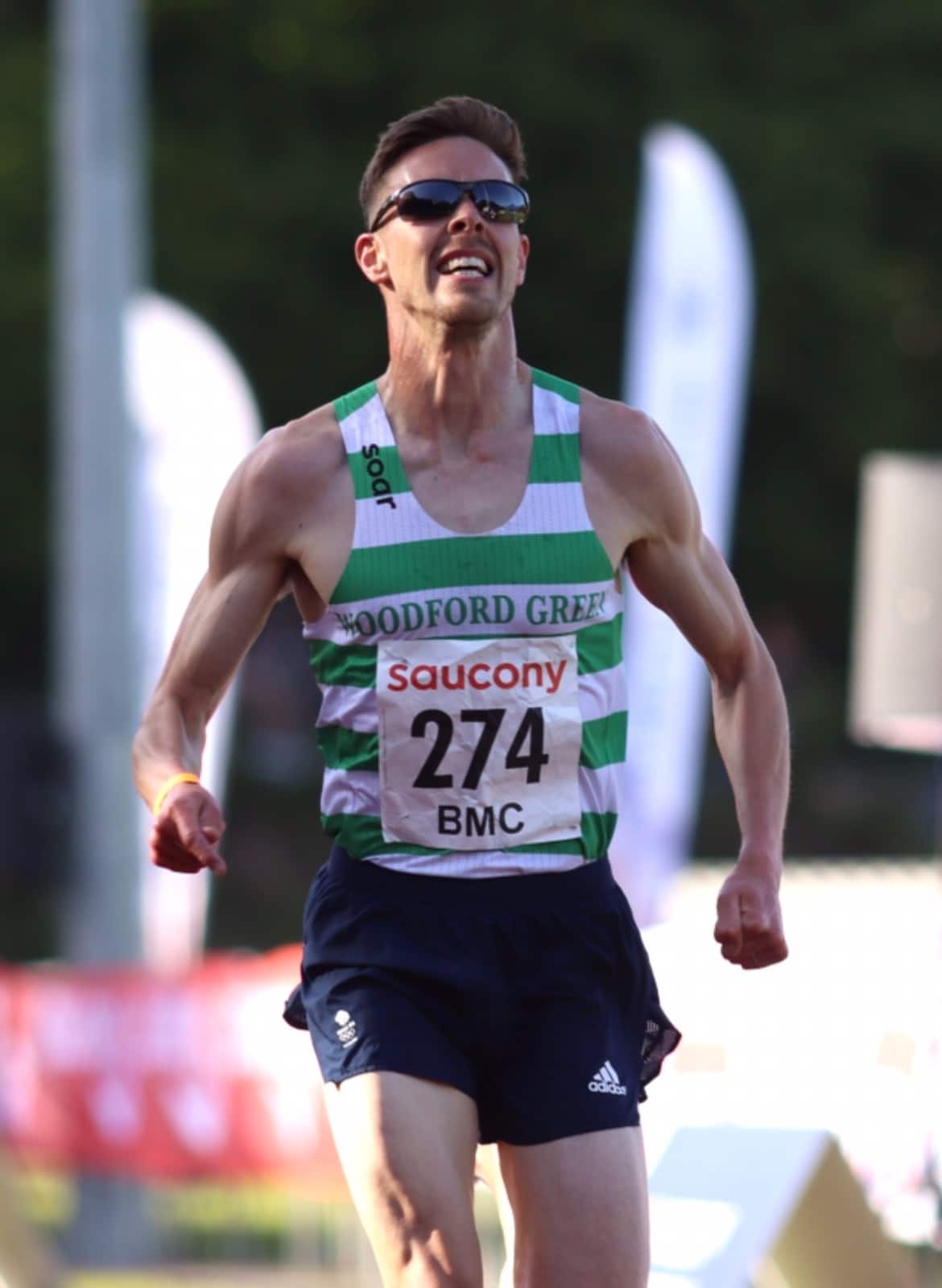 Competitors in BMC races are expected to wear spikes that conform to UKA and World Athletics standards. If you are not wearing the correct spikes… 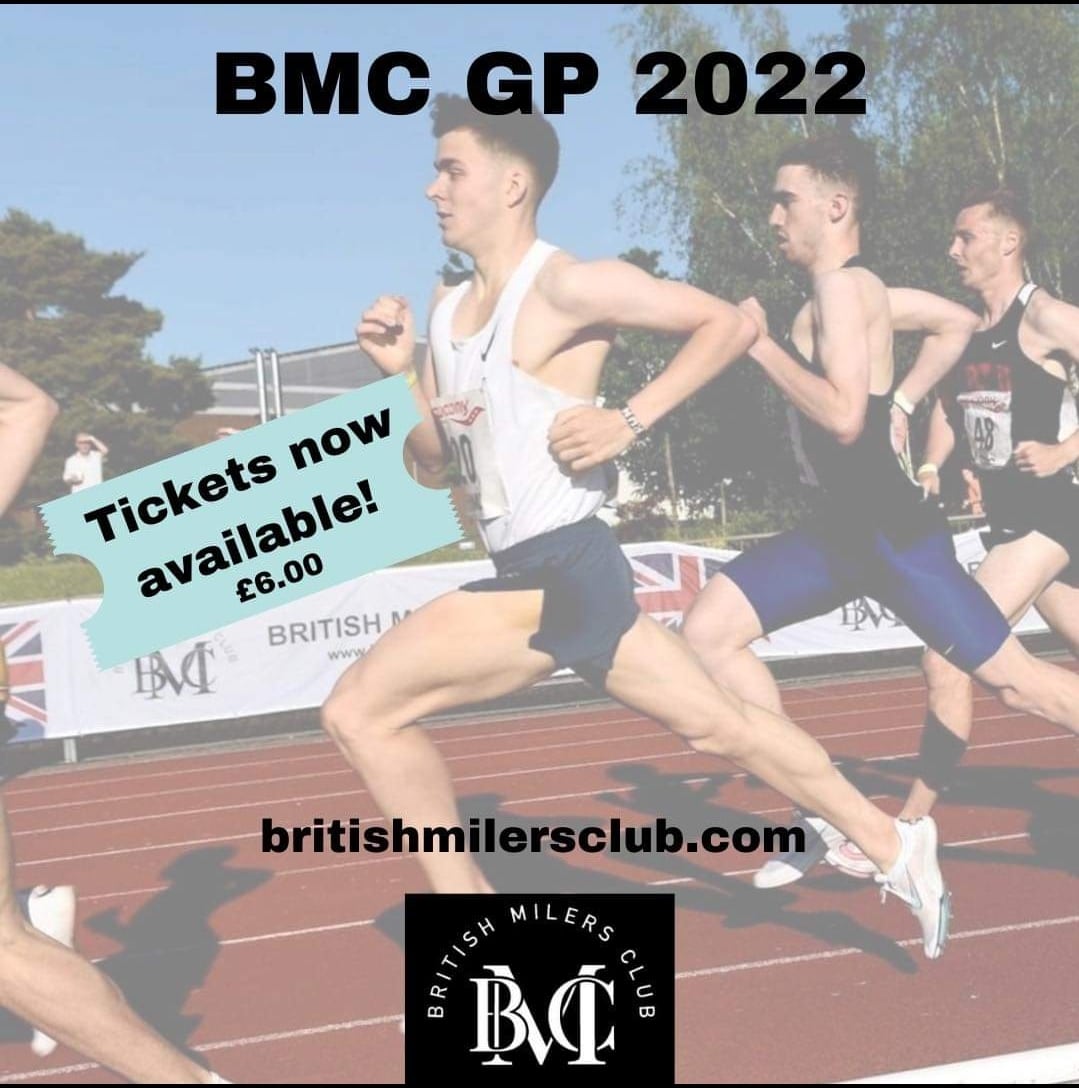 Please follow the link TICKET LINK HERE to buy tickets for all five GP meets. All spectators have to buy a £6 ticket or pay £10 at…